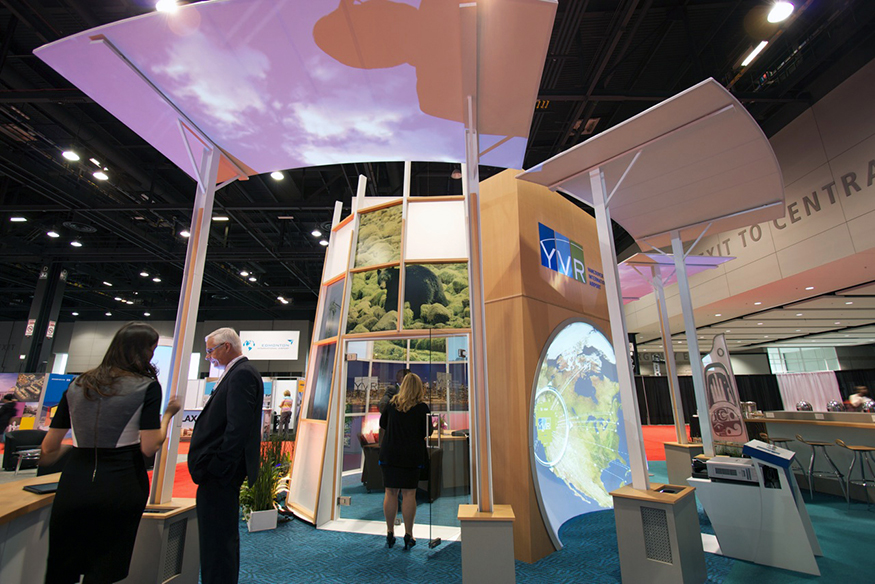 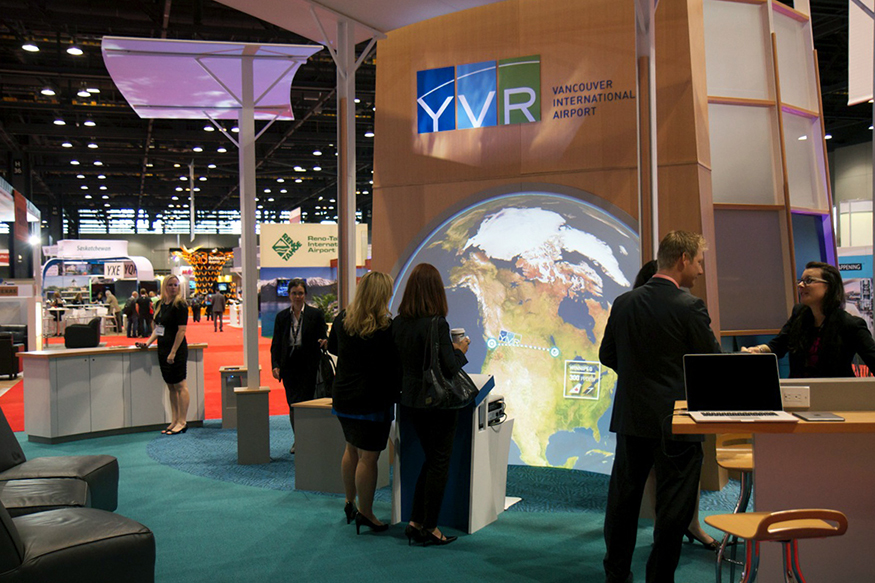 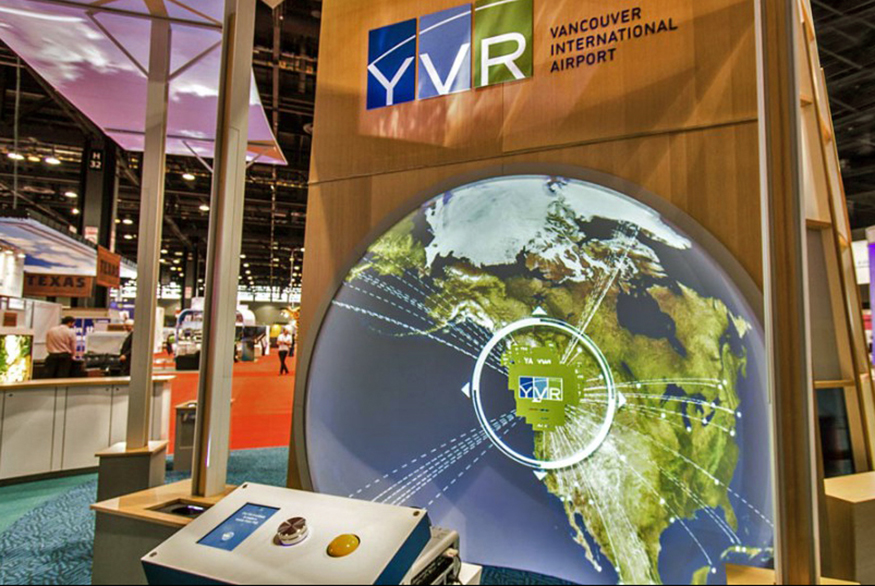 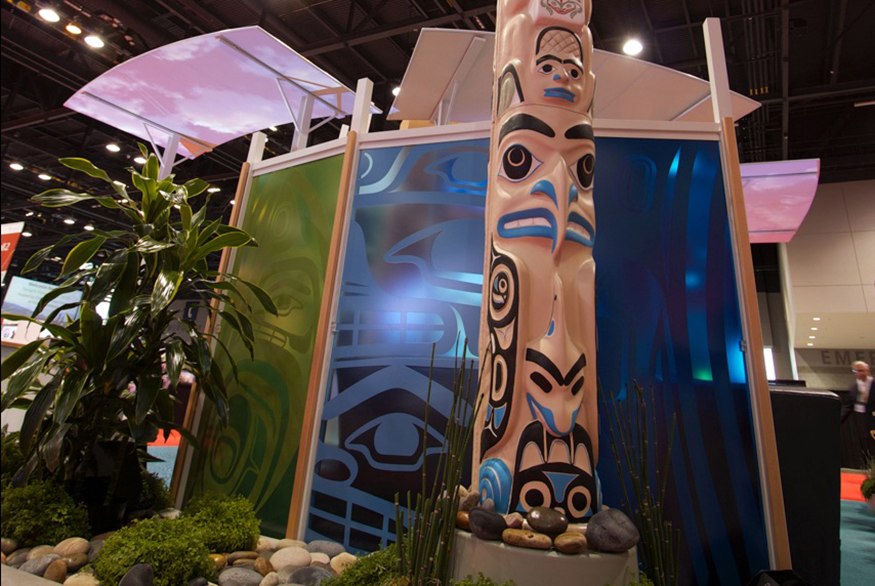 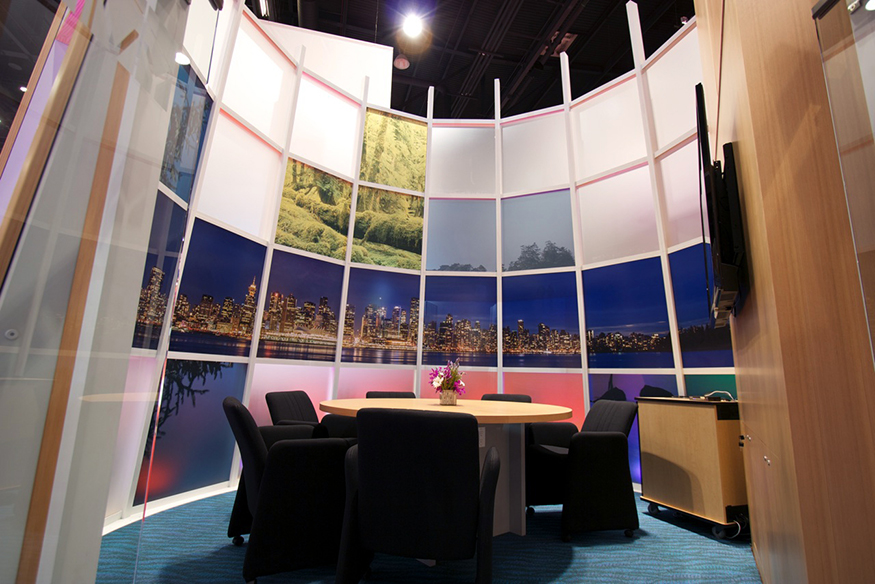 Voted “Top Airport in North America”, the Vancouver International Airport has taken its expertise to the open market. As a recognized leader and innovator, YVR has been very successful in providing management services to other airports. For Chicago’s World Routes 2014 conference, 3DS worked with Ken Heit Creative to create a showcase booth that is a dazzling microcosm of the airport itself.

We used a selection of the airport’s essential visual elements to create a sense of YVR’s internationally celebrated aesthetic, while also providing functional spaces for sales, information and meetings. The booth’s centerpiece – and an extremely arresting exhibit – was a partnership with EOS Lightmedia. Into a concave half-sphere, an image of animated air routes is projected. Through a trick of the eye, the image appears to be a fully dimensional globe, humming with overlapping air routes – a full Earth, right before the viewer, in a space of impossibly shallow depth.

Another component adapted the distinctive cone-shaped colored-glass tower of Vancouver’s SkyTrain Airport Terminus Station, to become a beautiful, fully-enclosed private meeting room. Right down to the carpet, this booth is a presence that proudly represents one of the world’s great airports.