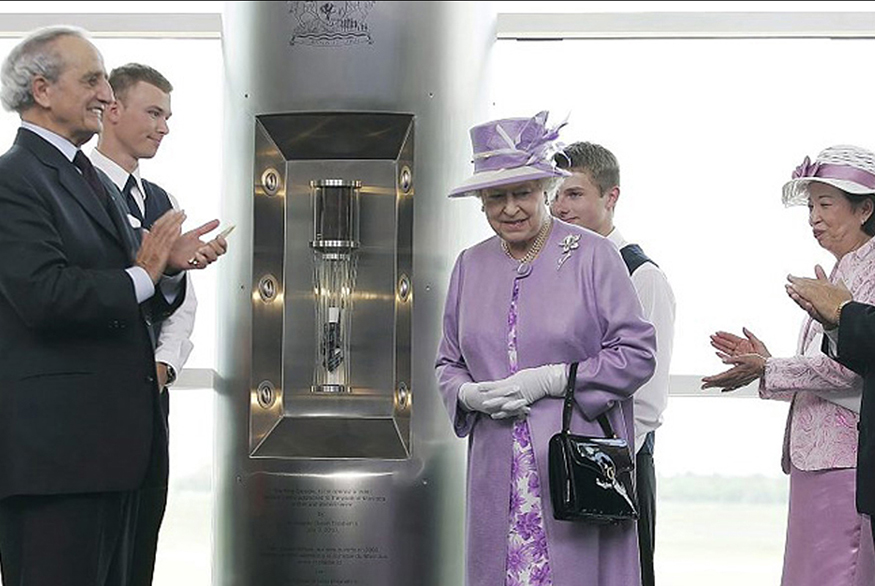 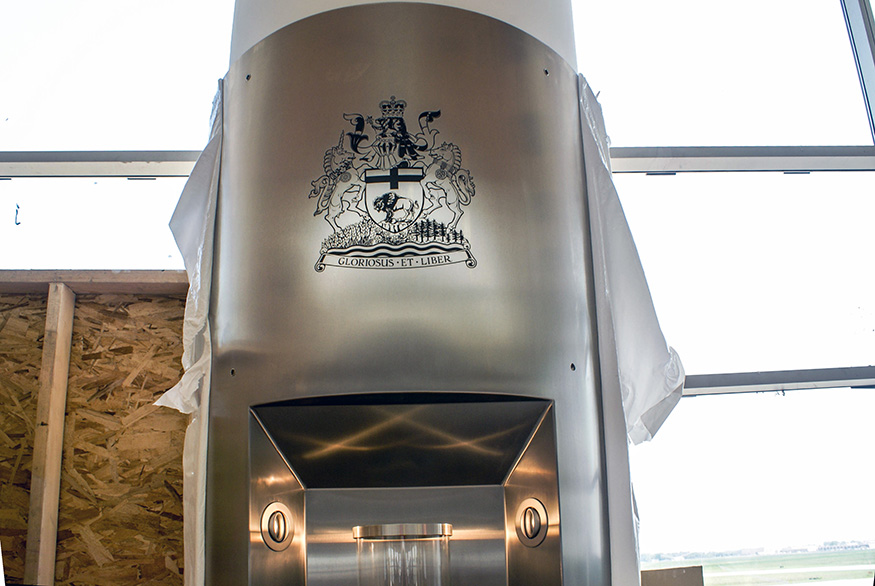 Her Majesty Queen Elizabeth II and the Duke Of Edinburgh were the first passengers to arrive at the Winnipeg Airport’s new terminal, on July 3rd, 2010. As a key part of the terminal‘s dedication ceremony Queen Elizabeth II came with a special mission for the future youth of Manitoba: a signed an official letter to the coming generations placed into a gold-plated cylinder with an exquisite hand-blown glass rose. These were sealed into a time capsule, to be reopened in the year 2060.

This complex, exacting piece of custom fabrication is the kind of challenging project 3DS has become famous for. A unique and unusual artifact, the Royal Time Capsule had to represent no less than the throne of England. The artifact was designed by Stantec Engineering and was executed by 3DS.

The Time Capsule itself is a two-foot glass cylinder, and securely contains the delicate hand-blown Queen’s Rose, along with the official letter, inside a solid stainless steel housing. The Royal Crest is laser-etched indelibly into the housing’s surface and the entire assemblage measures five feet in length. A cutaway was made in one of the terminal’s concrete structural columns to contain and protect the time capsule as it awaits its unveiling in the year 2016.