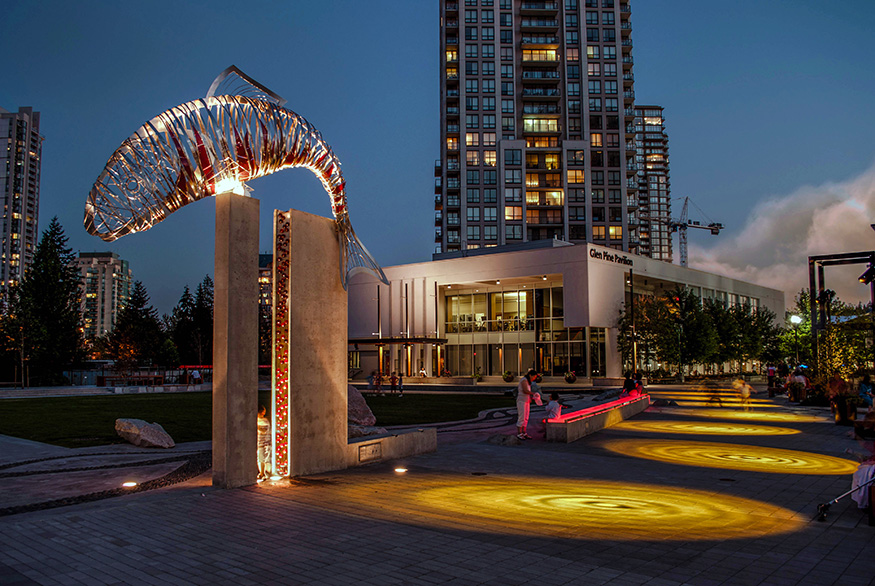 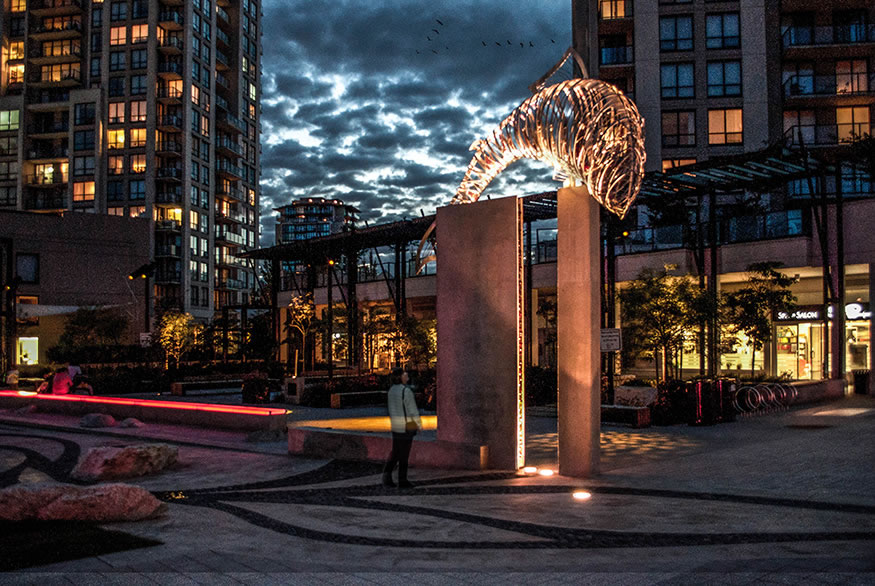 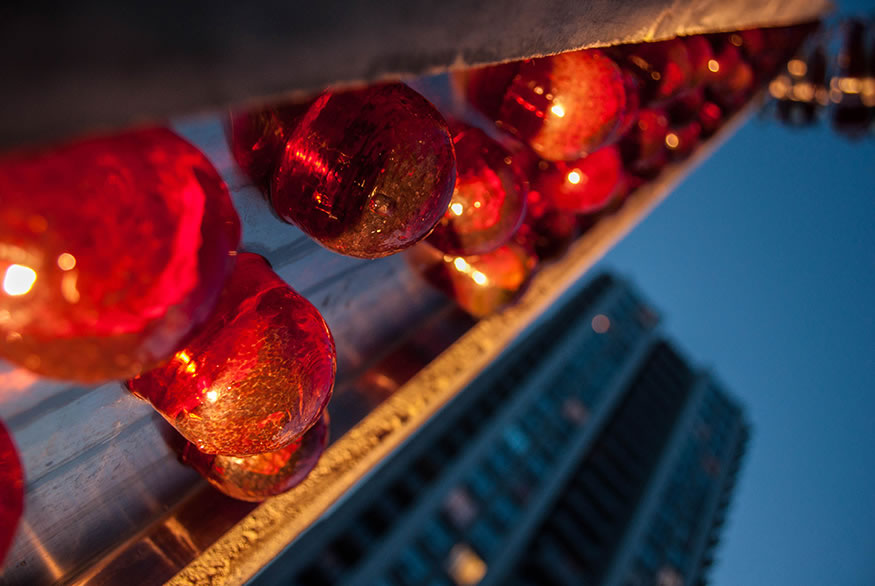 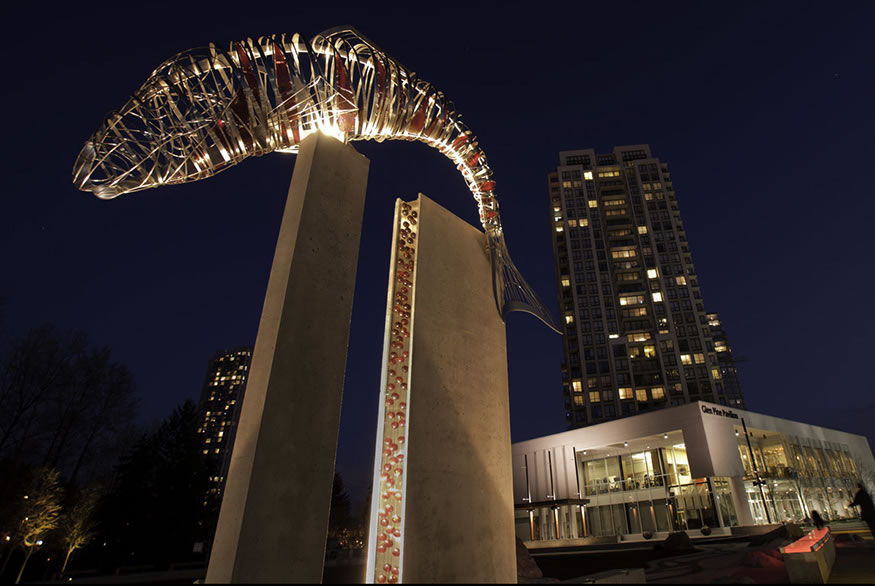 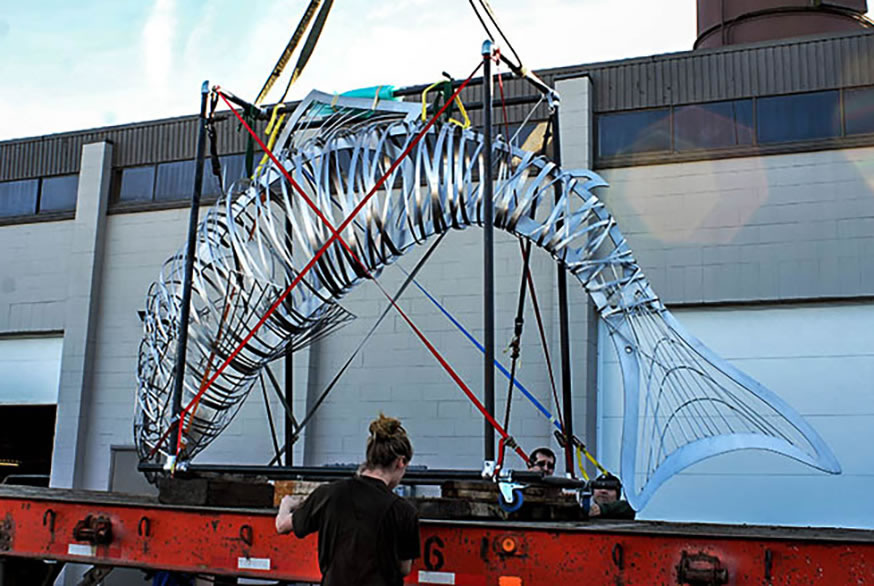 In the center of Coquitlam’s town square, an immense 16 foot stainless steel sculpture of an indigenous salmon hangs on public display, undulating gently in the wind. Cast glass “salmon eggs” cascade down the concrete pillars, with water spilling down through them at the push of a button.

3DS developed the design in collaboration with landscape architect Chris Phillips to commemorate the return of salmon to the newly-restored fish ladder and spawning grounds of the Coquitlam River. In the early Twentieth Century, Coquitlam’s rivers would swell so thick with salmon, it would turn the rivers red (in fact, the name “Coquitlam” comes from the First Nations term, meaning, “Red fish in the river”).