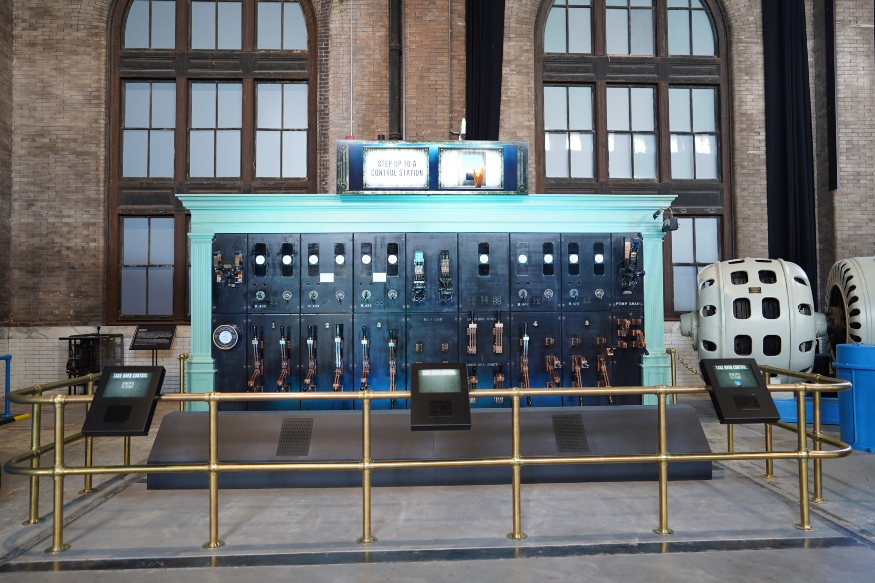 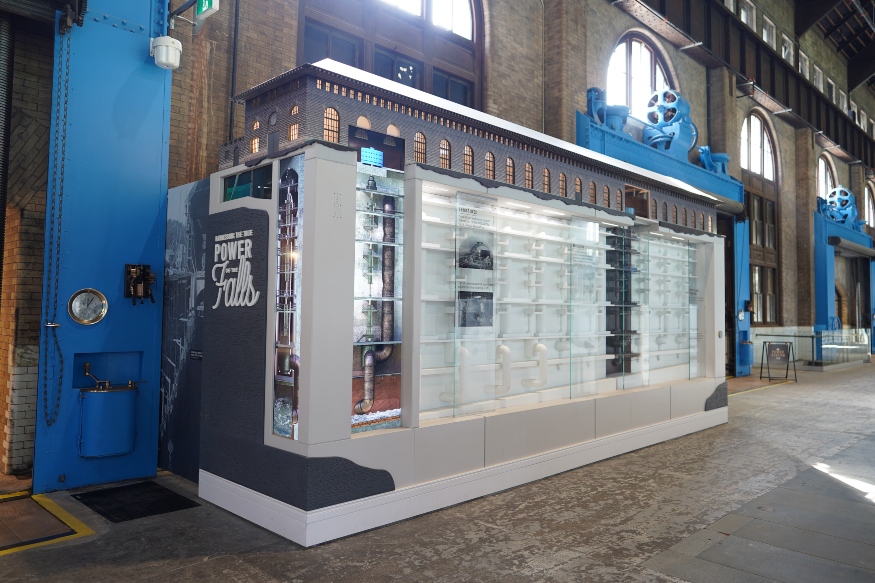 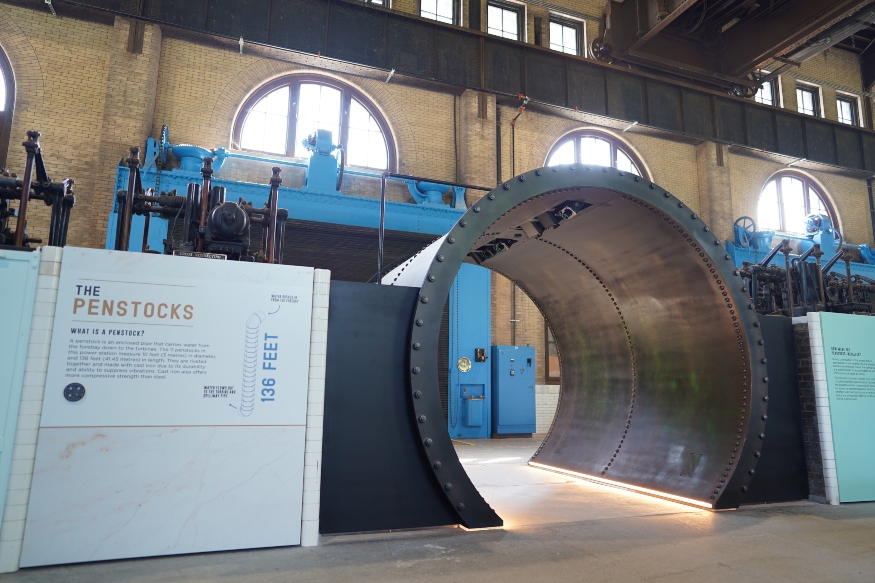 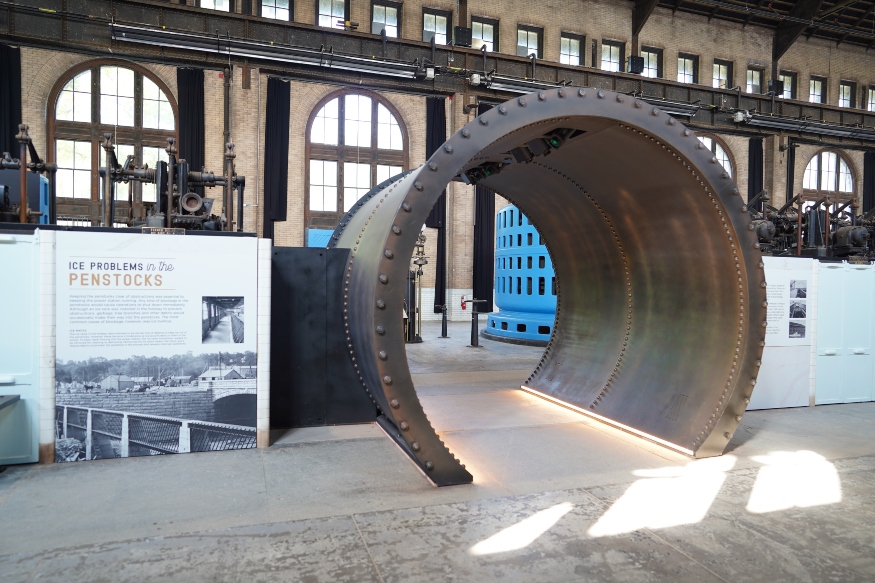 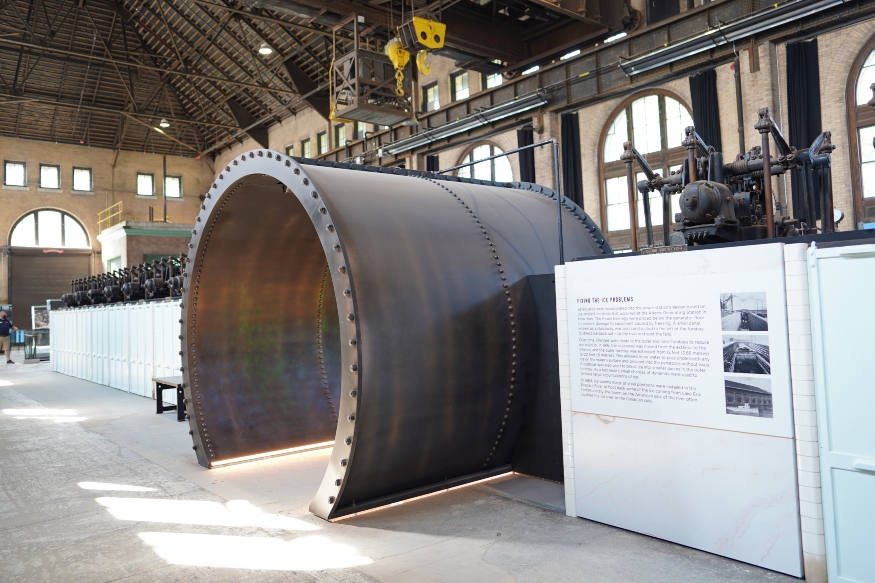 The Niagara Generation Power Plant is an impressive building telling an incredible story. 3DS was contracted by Science North to design, fabricate, and install three interactive exhibits within the Niagara Parks Power Station project where the original power generation plant is being repurposed for a public exhibit and tourist attraction.

The Flowmodel exhibit incorporates three screens and digital content to reflect the inner workings of the building and all the various equipment and deck levels involved. The mass model section of the exhibit showcases what exists underneath this historical landmark building, including lights and alternator equipment details.

The Control Panel is another interactive exhibit in which visitors are able to both learn about the controls of the plant and play alongside others in a game operated by gesture-controlled tablets.

The Penstock is an interactive walk-through experience that utilizes a motion sensor to trigger both lighting and water sounds to truly immerse the visitor in the scale and power of the penstocks that lay just beneath their feet.

Ocean Gallery at The Discovery Centre

BC Sports Hall of Fame

Whyte Museum Of The Canadian Rockies

Oregon Voices: Yours, Mine & Ours