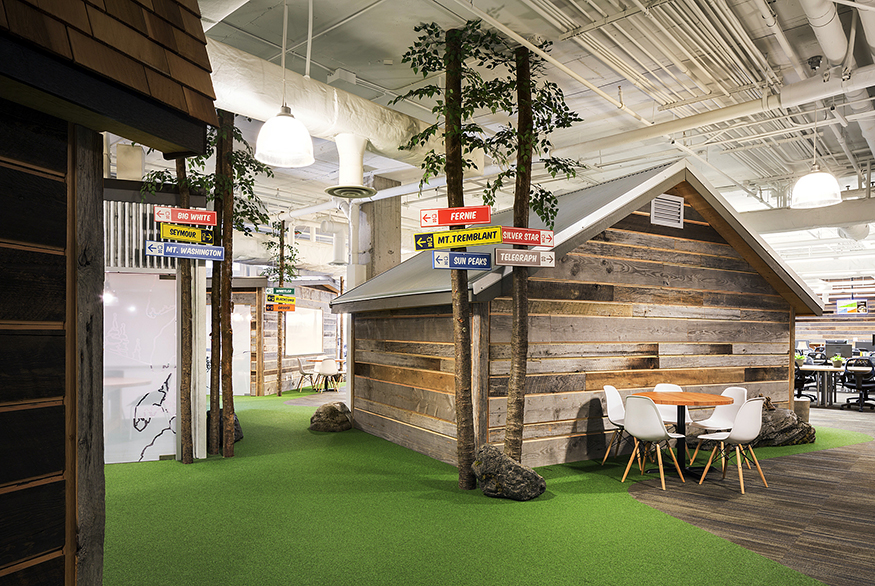 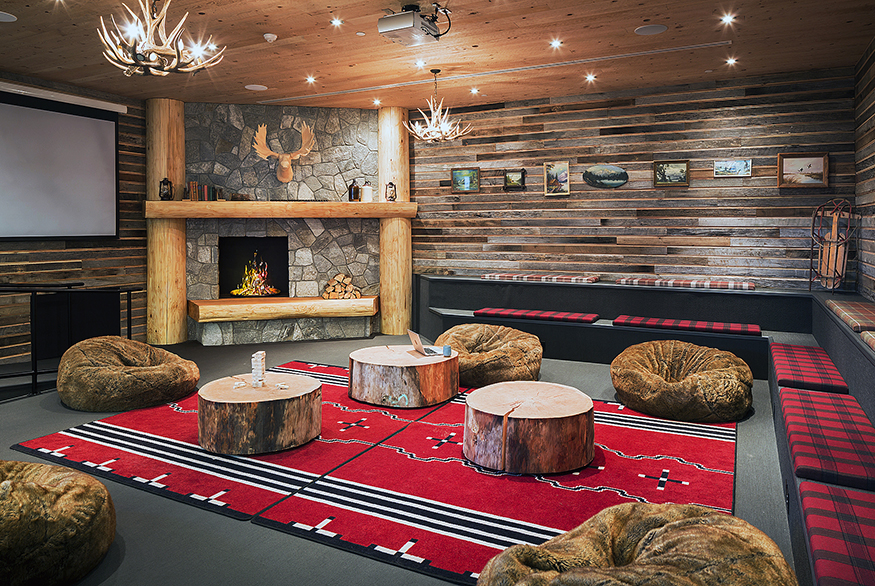 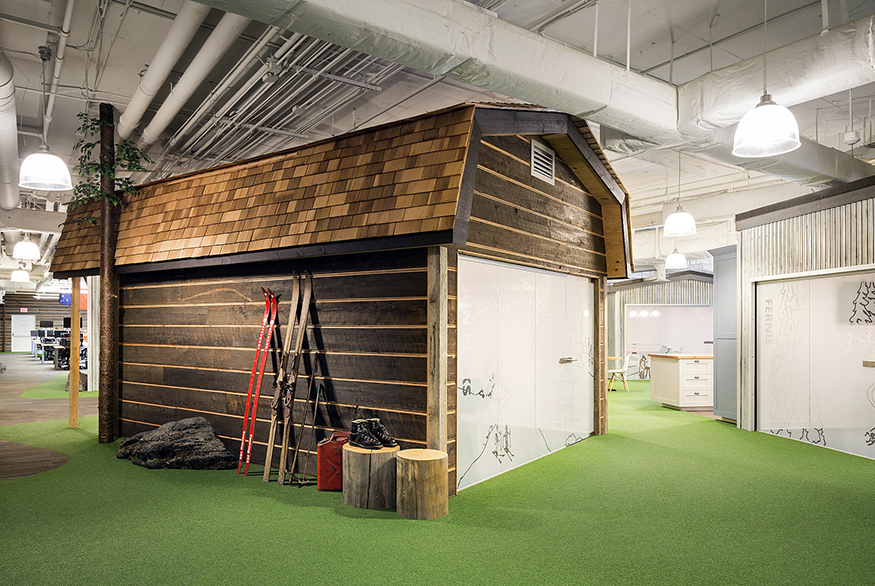 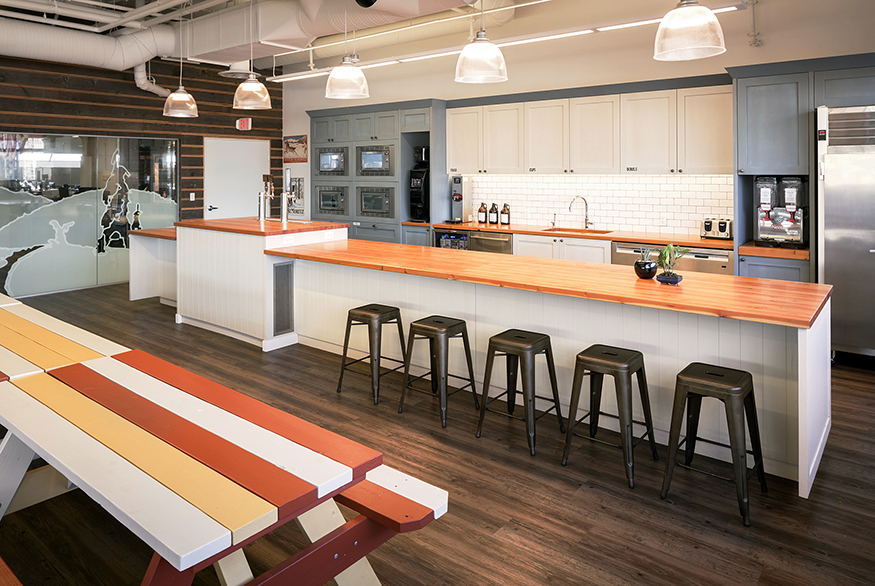 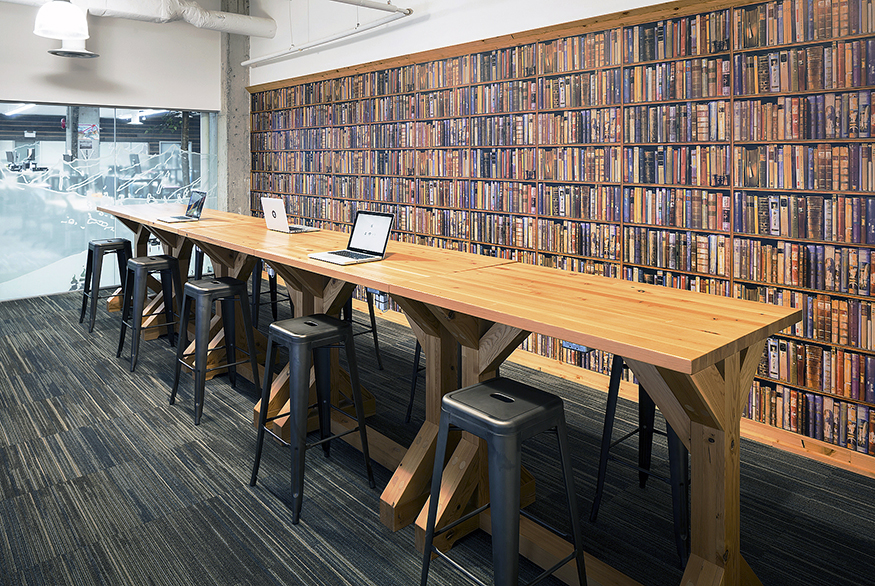 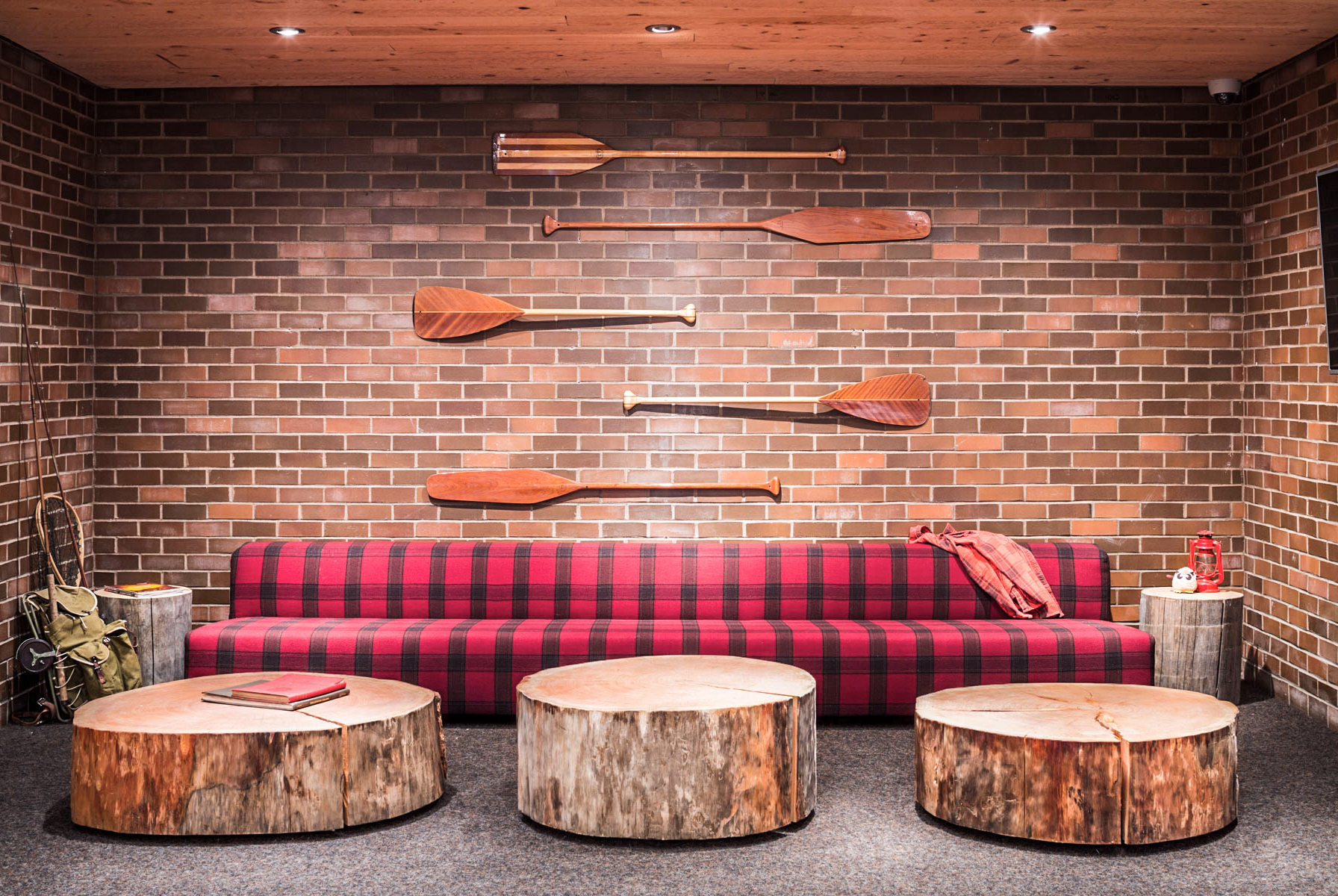 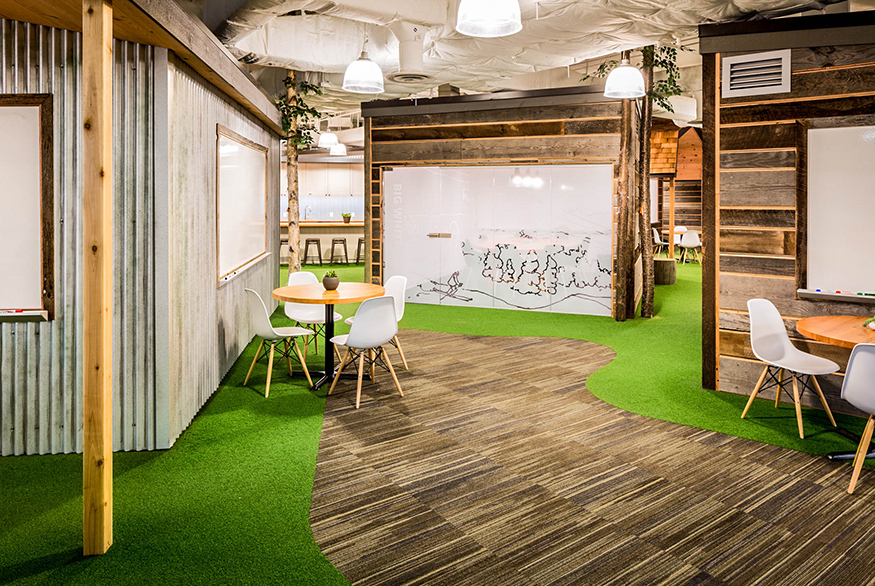 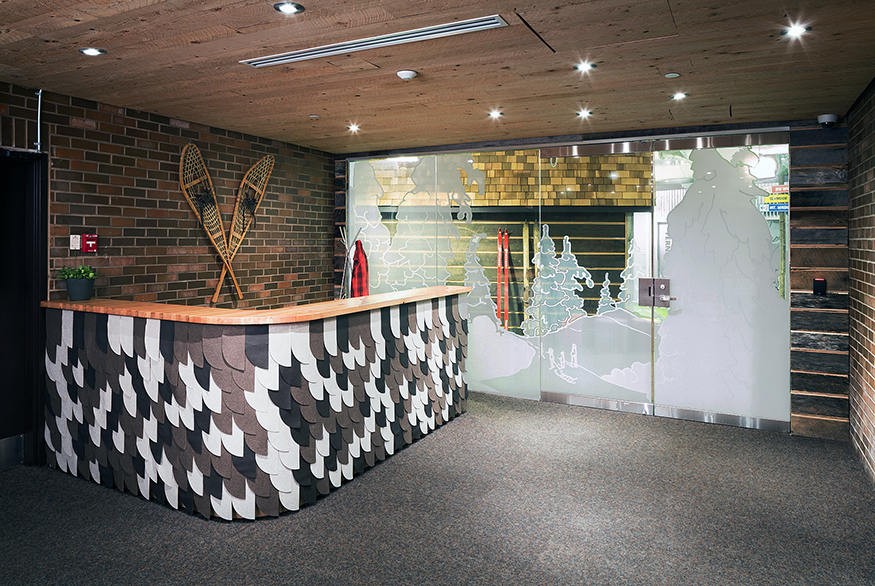 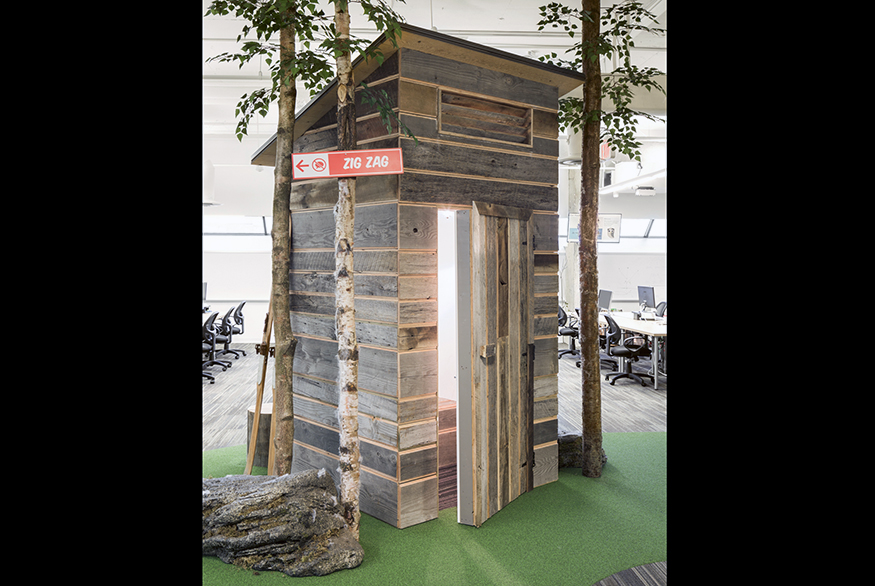 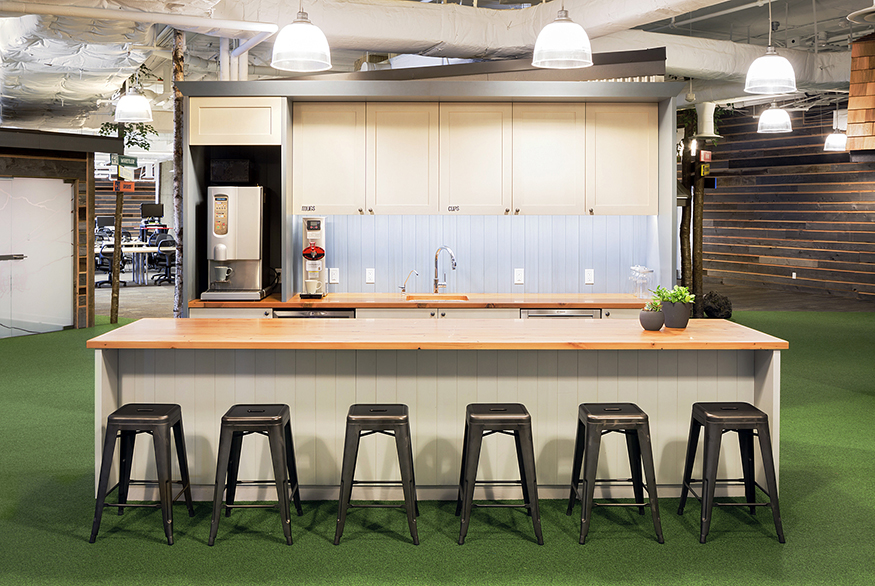 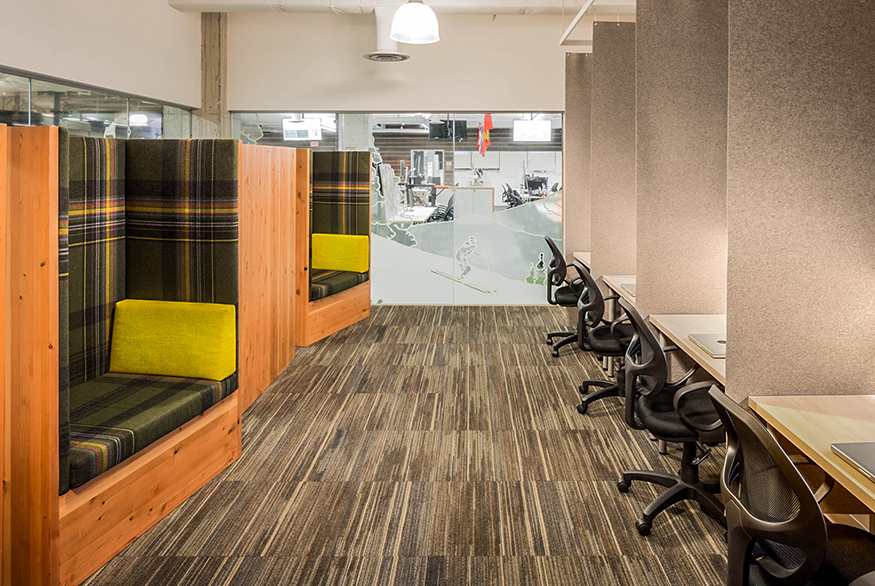 Hootsuite has grown at a phenomenal pace. About a year after opening their Vancouver office with 300-plus employees, the company found itself in need of a second facility, for just as many new people. Ryan Holmes, Hoot Suite’s founder, decreed their office 2.0 should be not only functional, but also fun and interesting for their mostly-millennial workforce. They were to depart from the standard office model. Holmes wanted the whole place to look “like a 1950s ski lodge” and that’s what 3DS gave him.

Working with designer Antonio Millares III and his firm, 3X9, we discarded all convention. Where you’d expect a straight corridor with a row of offices, there’s a winding path through a birch forest. Where neat rows of cubicles are usually seen, there’s a haphazard-looking arrangement of ski cabins that serve as private meeting rooms. Diners in the cafeteria sit at classic outdoor picnic tables. Breaks and downtime are spent relaxing in a cozy sunken ski lodge lounge, with an enormous wood and stone fireplace. And, of course, there is the most private little office of all, when anyone needs it. It only looks like a mountain outhouse.

All wood used in the entire premises is reclaimed from demolished buildings. Laminated beams were re-sawed into tabletops and surrounding walls are genuine weathered barn wood. The staff absolutely loves working in this seemingly unstructured, idyllic theme-park environment. It’s like going to work in a cool storybook.