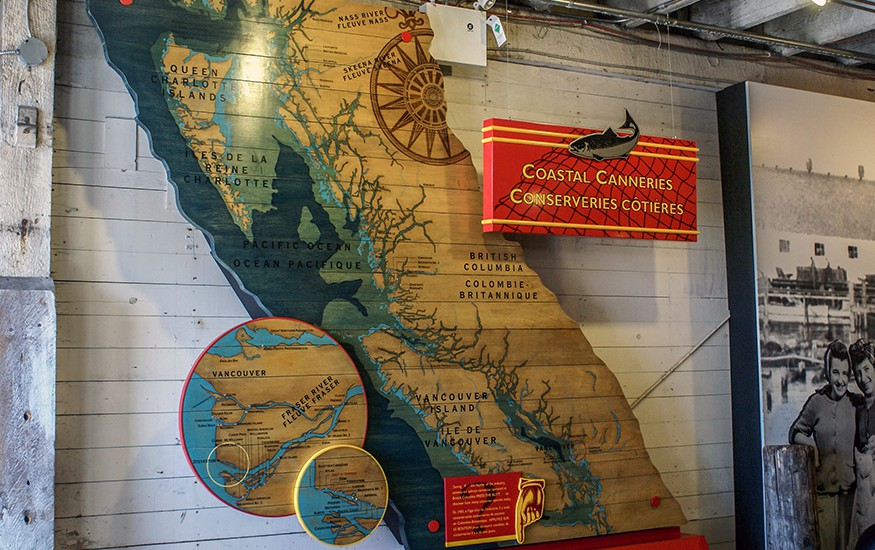 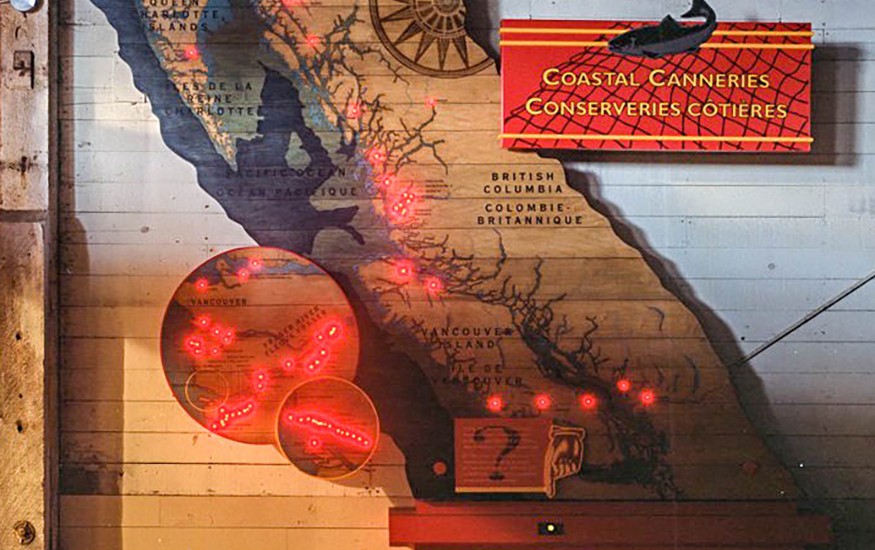 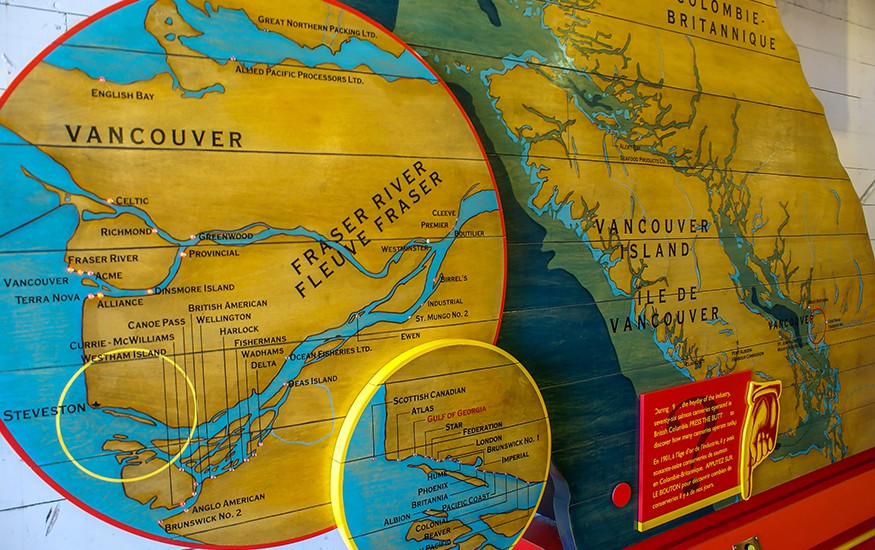 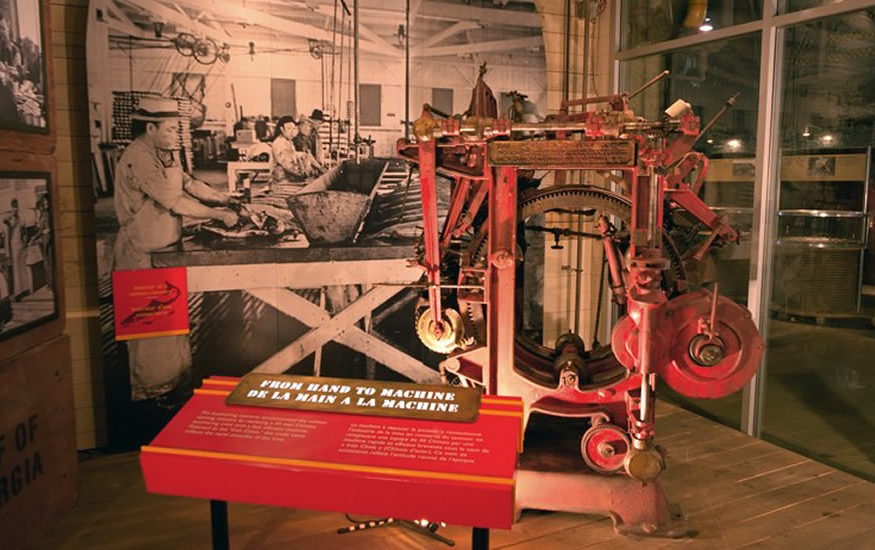 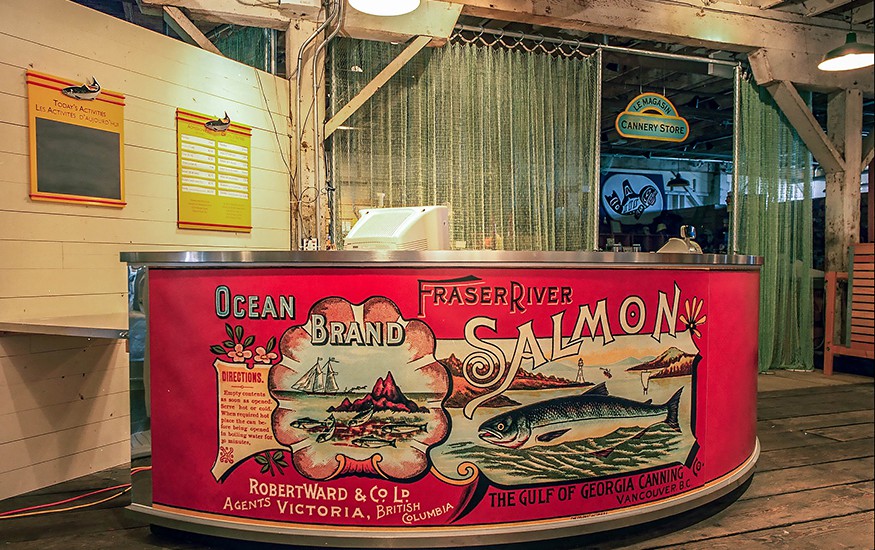 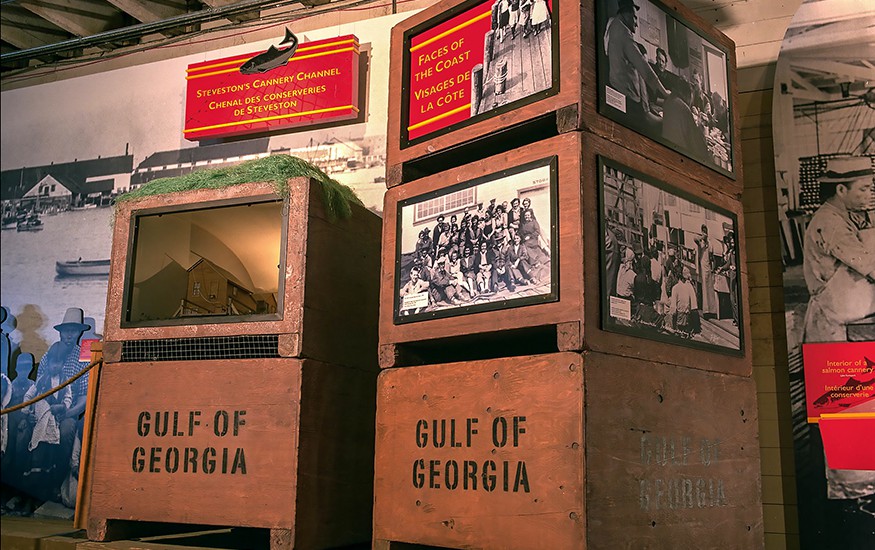 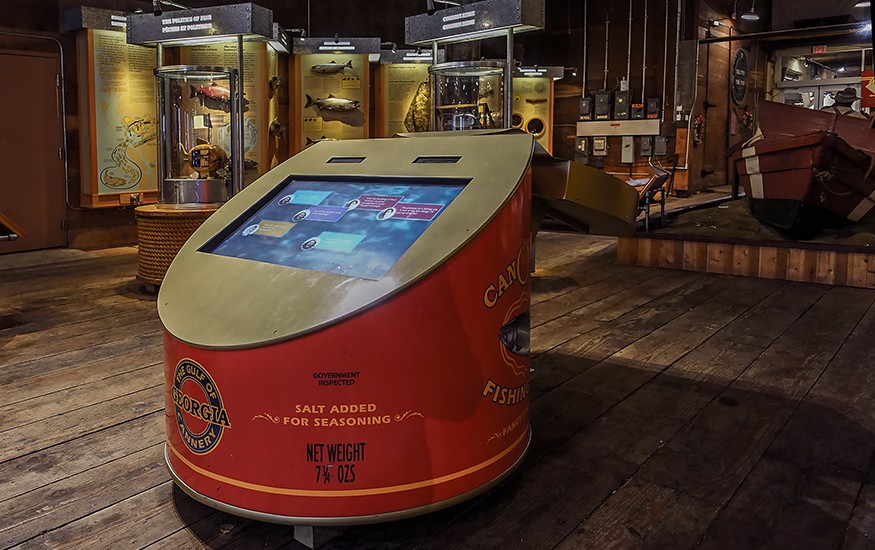 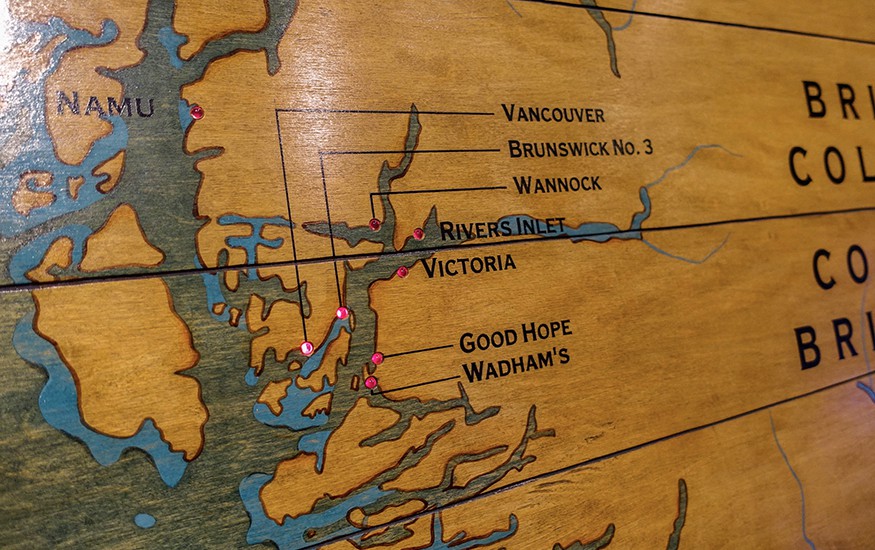 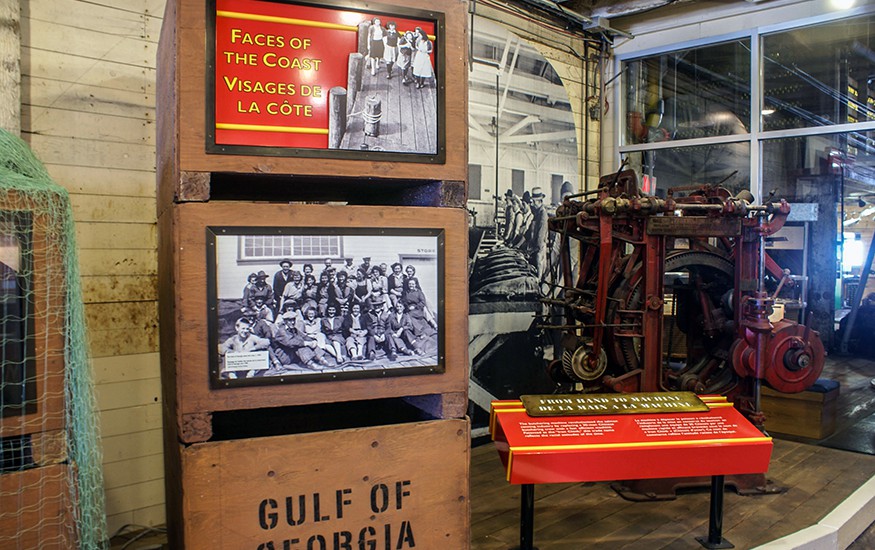 The Gulf Of Georgia Cannery Museum is located inside an historic cannery in British Columbia’s Steveston Cannery district, a National Historic Site. 3DS restored and showcased a number of original artifacts, recreated others, developed interpretive exhibits and staged all of it in this long-inactive salmon cannery.

The museum’s centerpiece is a massive interactive map exhibit, made of solid wood and wired with LED lights. Shown on the map are the three remaining canneries that comprise BC’s entire canning industry today. A push of a button activates an array of lights that show the more than one hundred canneries originally in operation during the canning heyday of the 1930’s and 40’s.

Ocean Gallery at The Discovery Centre

BC Sports Hall of Fame

Whyte Museum Of The Canadian Rockies

Oregon Voices: Yours, Mine & Ours