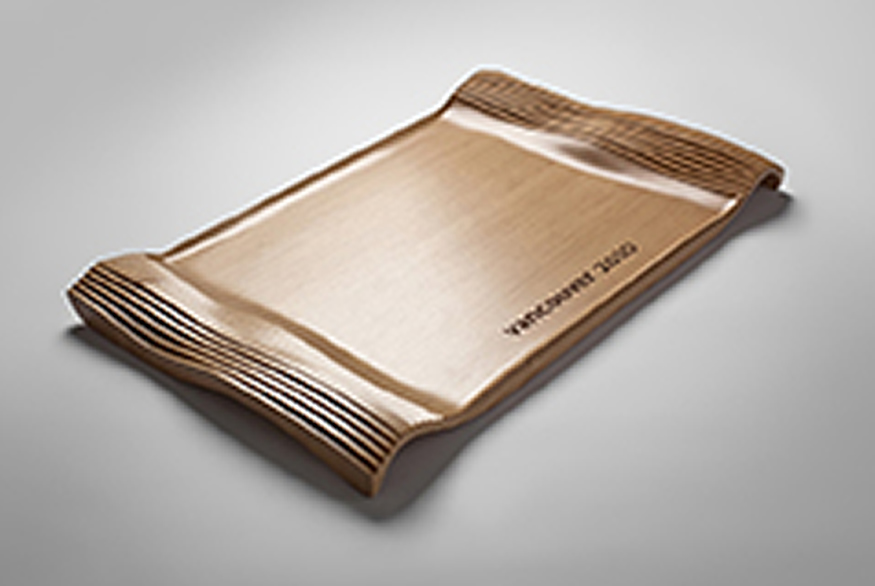 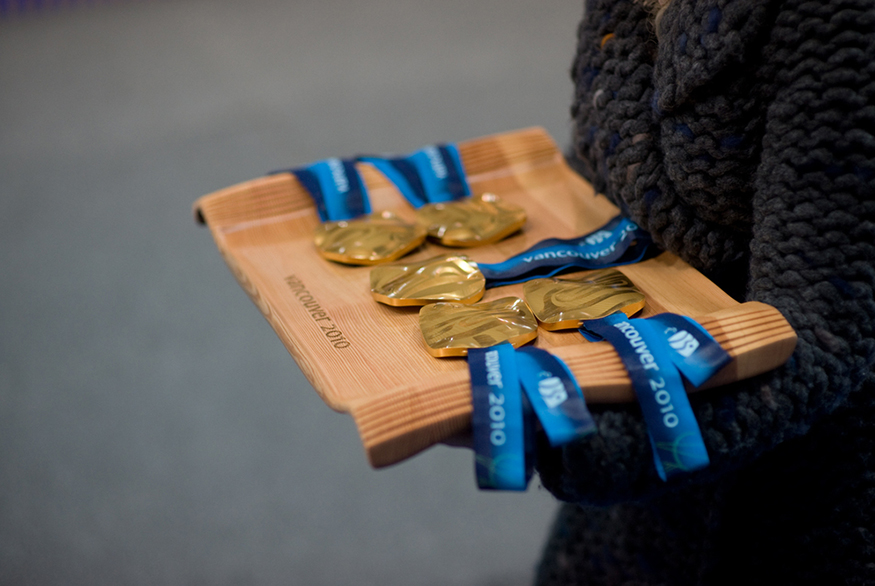 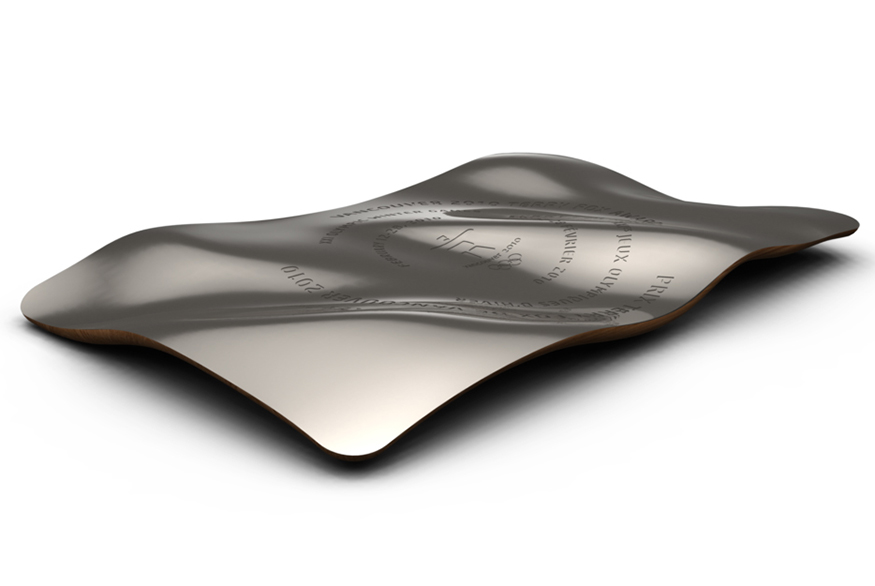 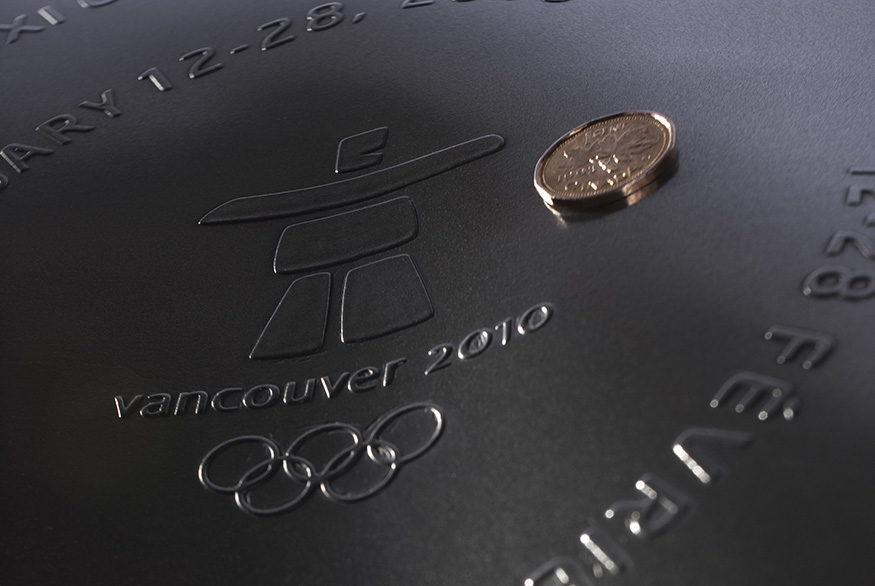 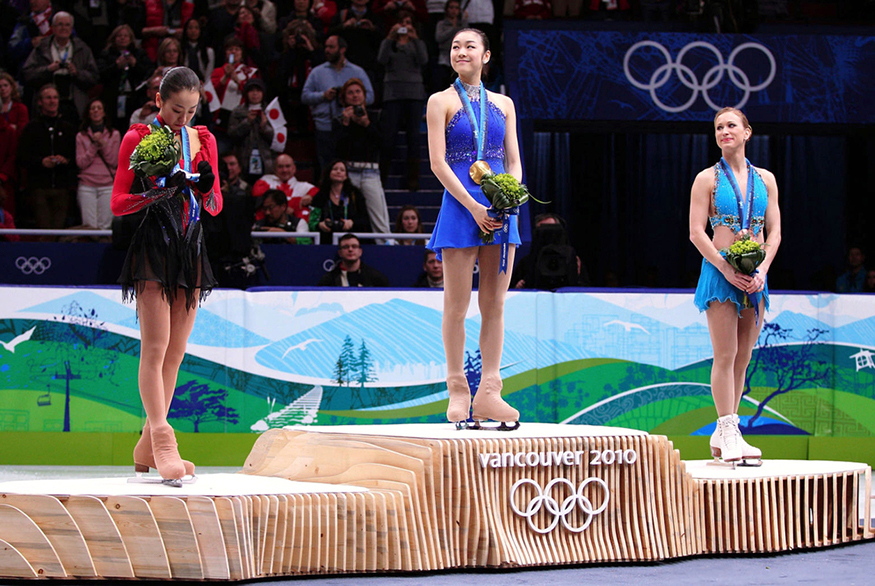 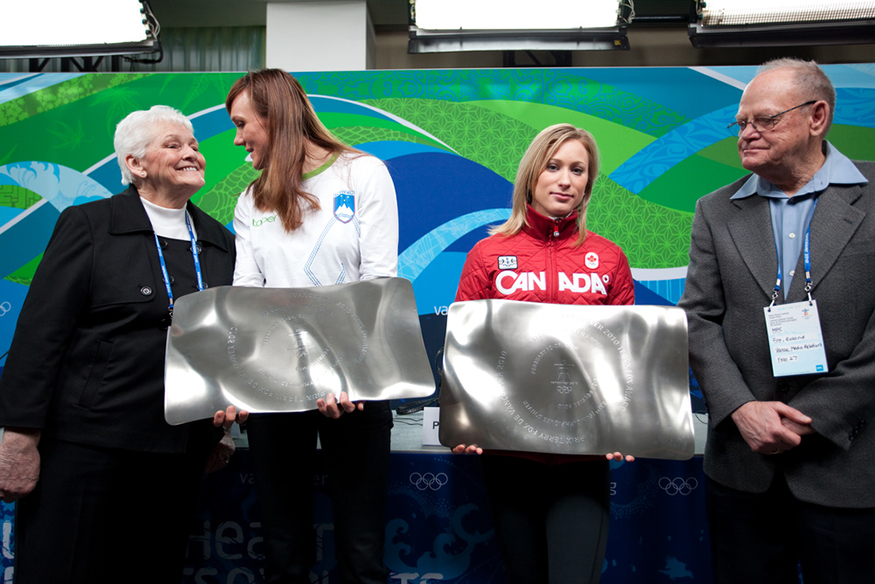 3DS is proud and honoured to have been selected for fabrication of two prominent artifacts for the Vancouver 2010 Olympics. Both projects masterfully blend the highest in current fabrication technology with traditional old-world aesthetics. Throughout the games, the official Olympic Medal Trays were used to present medals to winning athletes. Each tray was sculpted from a block of wood on a large CNC system. Then, 3DS applied laser-engraved text directly to the wood – a very difficult task on curved surface – followed by a final finish. Every tray is identical in shape, yet each piece of wood’s unique grain is still evident. In all, 80 trays were made. After the games’ closing, the trays were given to special guests and dignitaries and have now gone to new homes around the globe.

The Terry Fox Award has great meaning for Canadians. Fox was a Canadian hero, a cancer survivor and amputee who, in his 1982 “Marathon Of Hope”, set out to raise money for cancer research by running the entire span of the country, coast to coast. Three of these awards were made and presented to the athletes who had overcome the greatest personal difficulties. The finished award looks simple and organic, but is in fact a combination of subtly complex fabrication challenges. Using 3DS’ proprietary metal transformation process, we created a presentation tray composed of wood on one side and metal on the other. The metal side bears raised text on a beautiful rolling surface. The wooden side shows a map, tracing Terry Fox’s historic route between Canada’s Atlantic and Pacific coasts. It takes two interlocking trays to show entire route.