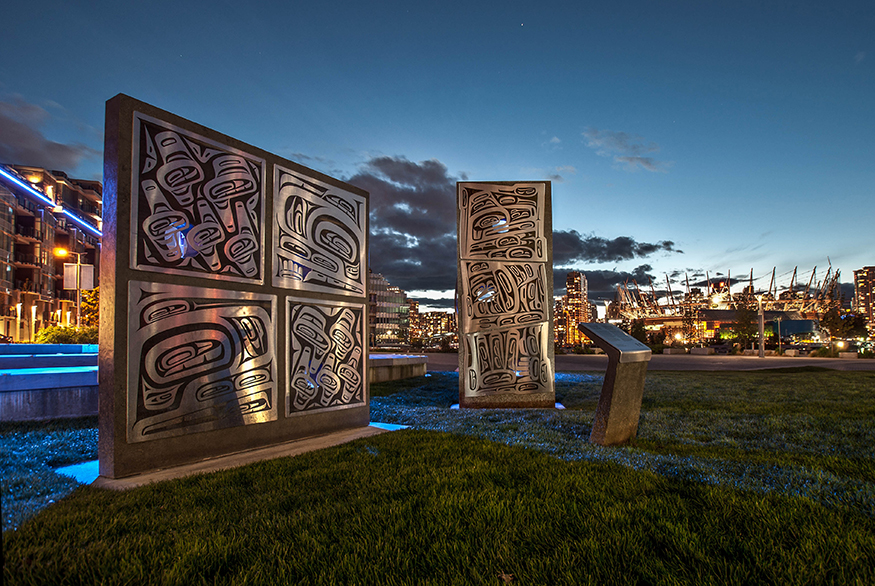 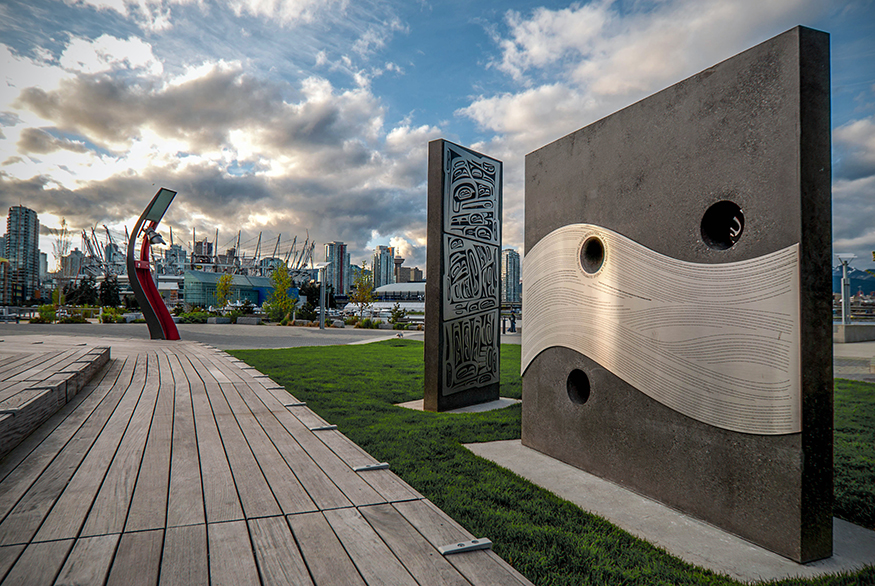 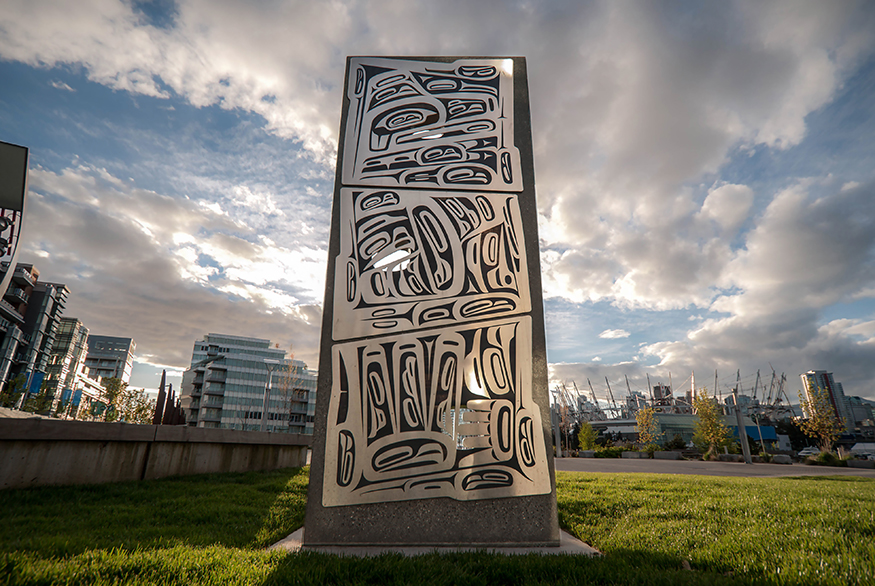 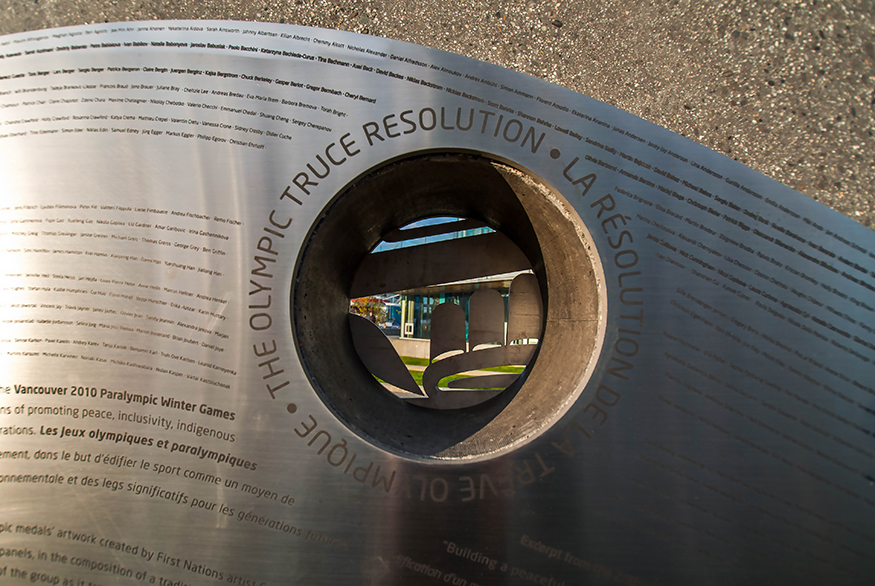 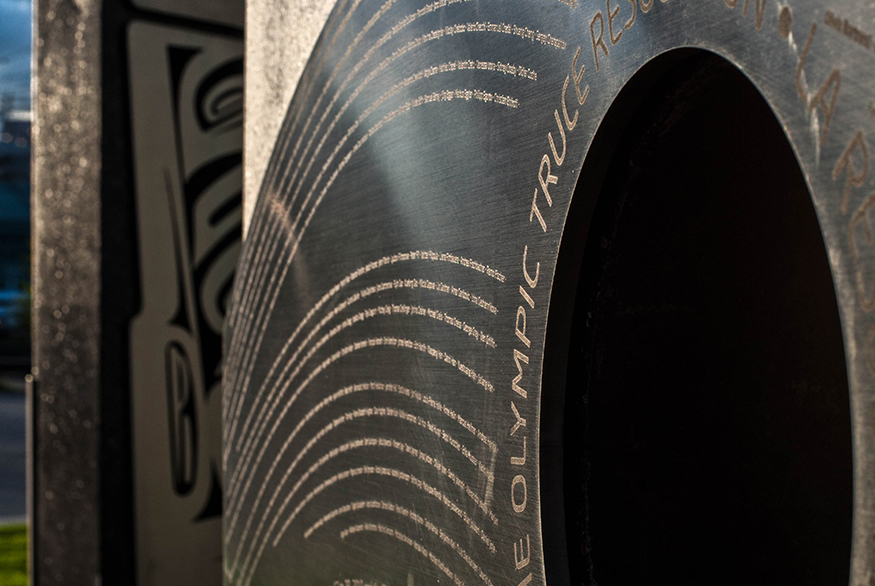 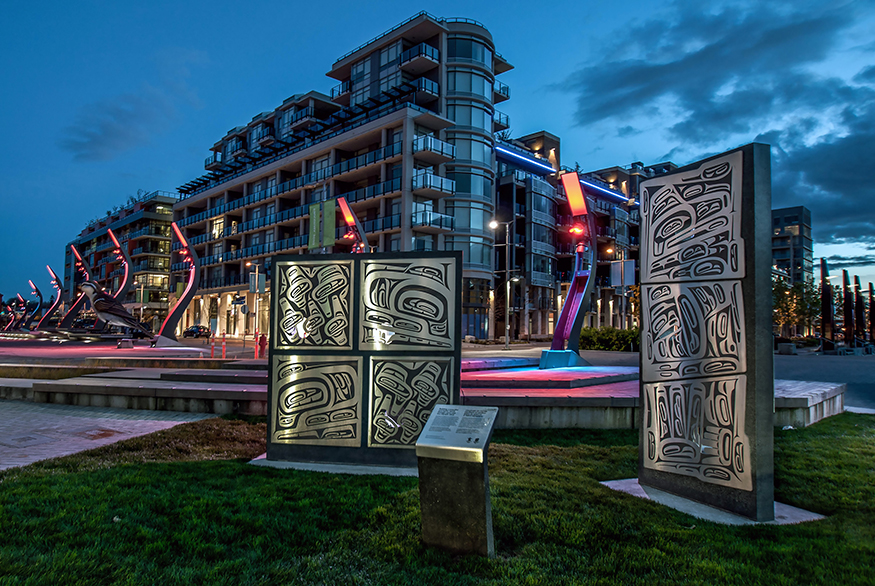 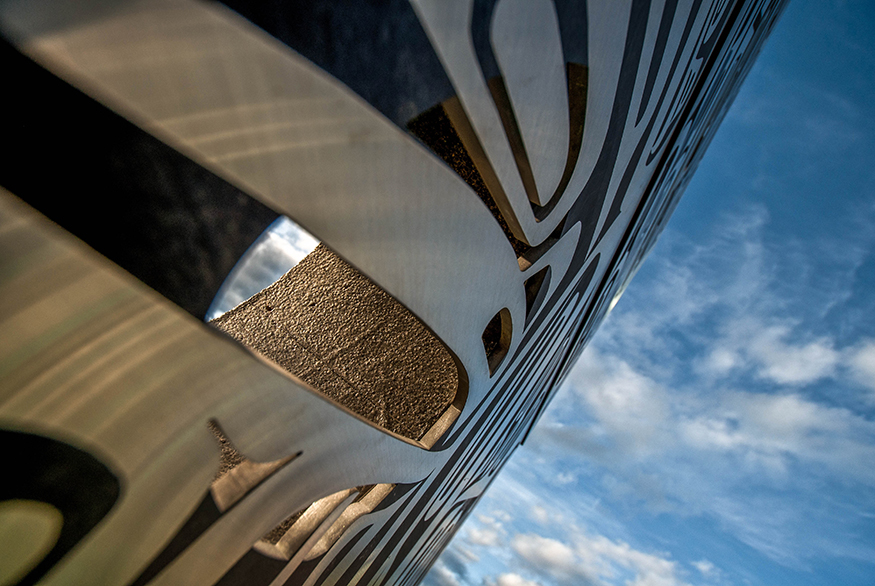 While some of our Olympic work enjoyed the spotlight only for the duration of the games, this 3DS-built Olympic Truce Monument was created from the beginning to be a permanent installation. The ancient tradition of the Olympic Truce dates back to 776 BC and the philosophy is a basic principle of Olympic values: Sport can inspire peace.

The monument installations are a focal point of the athletes’ plaza in Vancouver’s downtown Olympic and Paralympic Village. They were unveiled by the Right Honourable Michaëlle Jean, Governor General of Canada and Patron of the Olympic Truce for the 2010 Winter Games, while a twin of the monument was simultaneously unveiled in Whistler, BC. These impressive pillars proudly feature the work of well-known BC Aboriginal Artist, Corrine Hunt, who is also responsible for the design of the Olympic Medals.

Depictions of the traditionally symbolic orca whale and raven are laser-etched onto gleaming stainless steel panels, in a dramatic juxtaposition of subject, style and material. The works are equally stunning from front or rear and, on a detail level, display the names of all competing 2010 Olympic athletes, etched into the panel surfaces. Accompanying that is explanatory text on the artwork and an excerpt from the Vancouver 2010 Truce Resolution passed by the UN General Assembly.